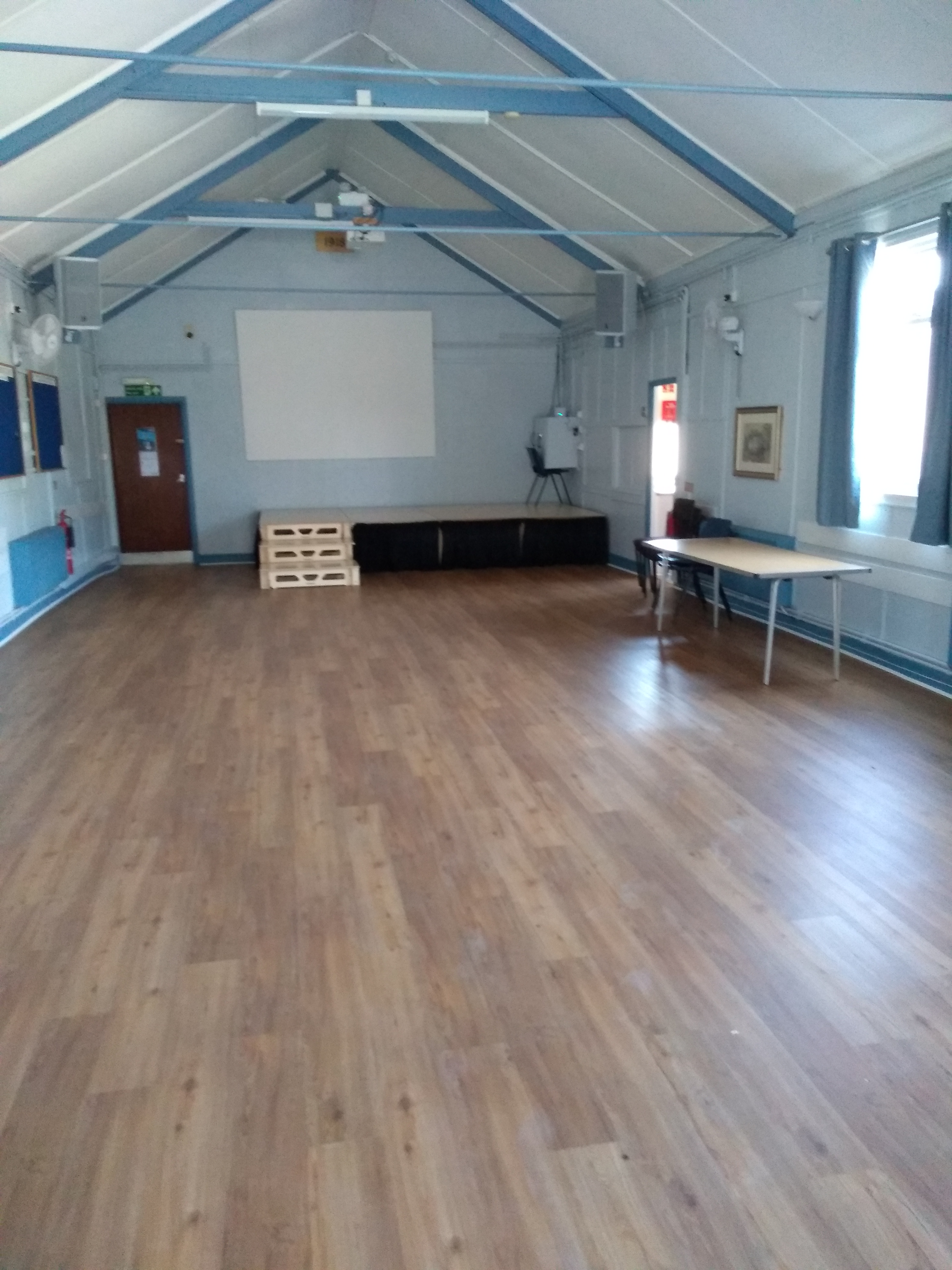 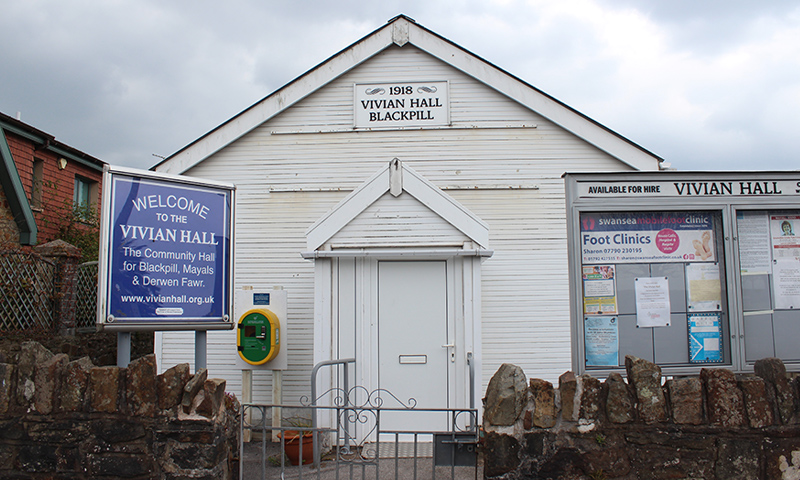 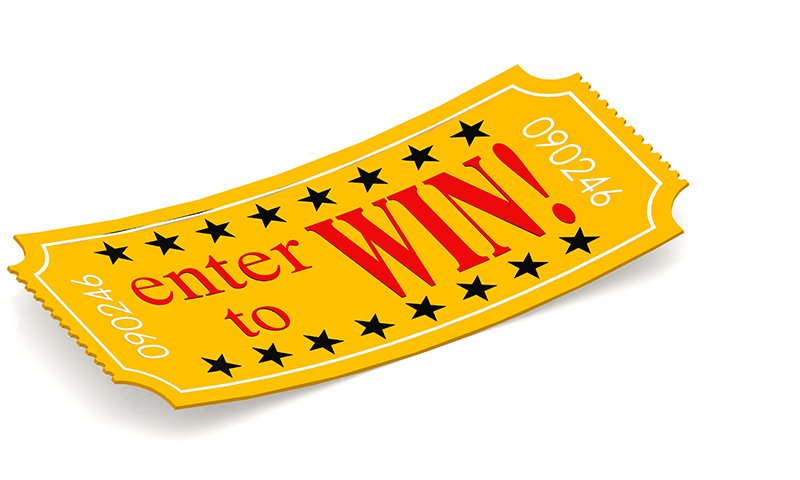 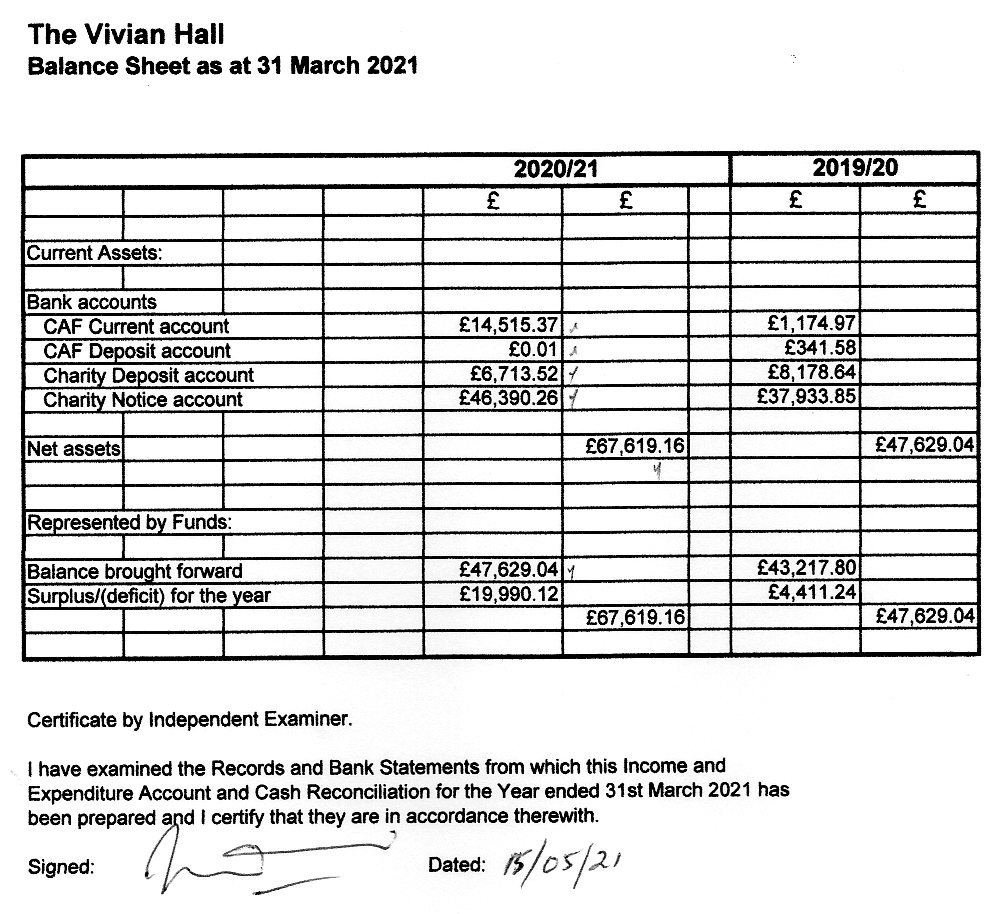 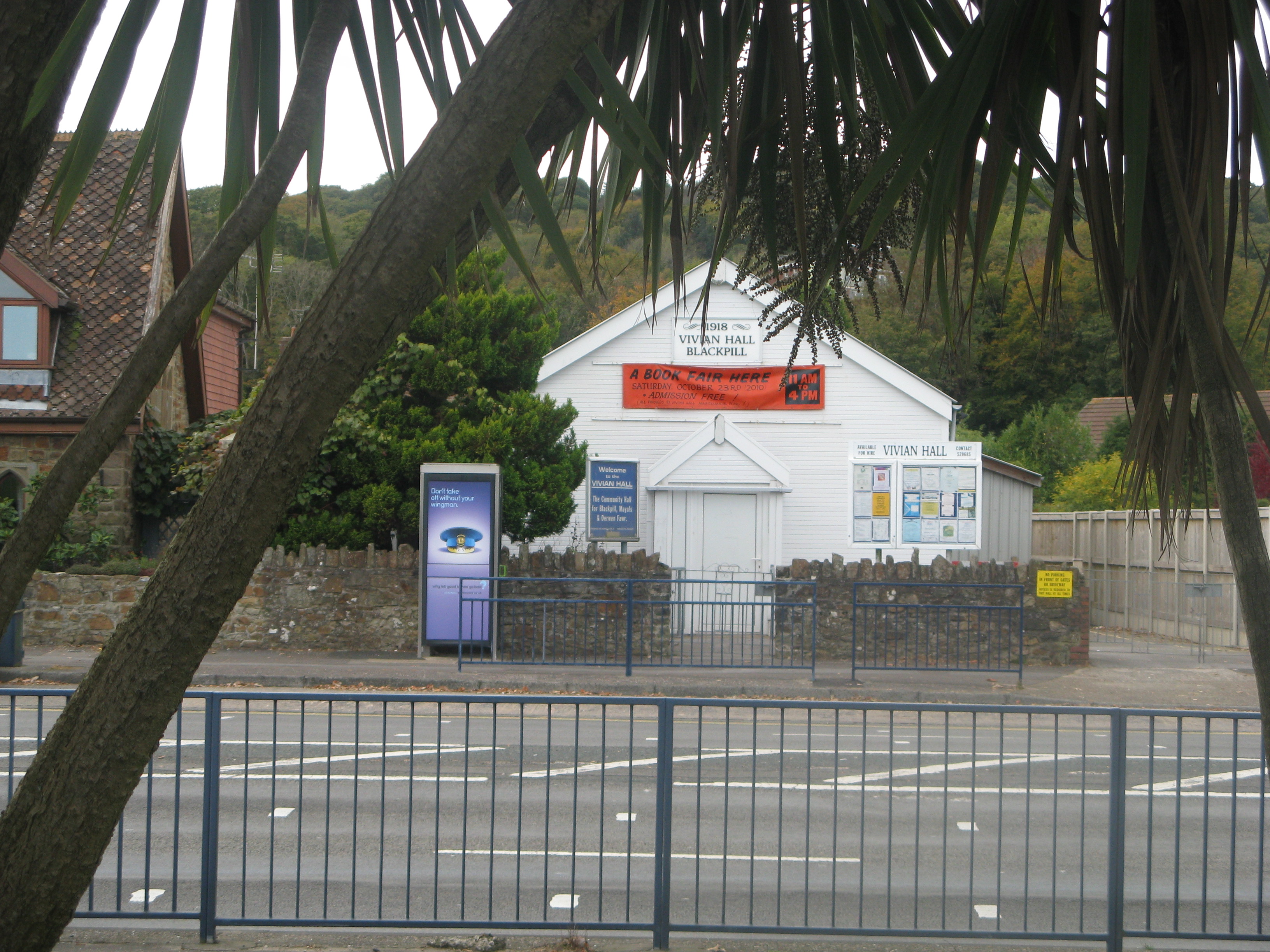 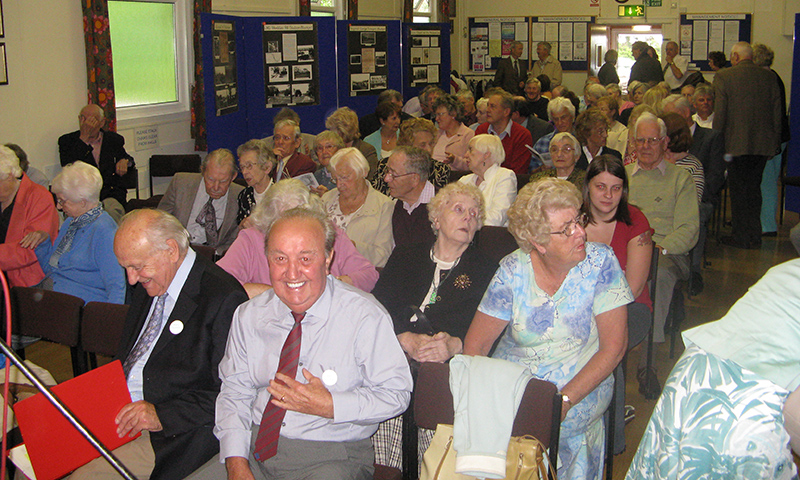 Refurbishment of the minor hall has been completed and that hall is back in use. New LED lighting as well as wall light fittings have been installed. All the radiators and their associated pipework have been renewed. The pipework has been boxed around the skirting and up the wall. Redundant electric wiring has been removed. A new sink top has been fitted. The entire hall has been redecorated including the projection screen, blackboard and radiator covers.

The corridor and cloakroom and toilets areas have been completed as well using the same two-tone blue colour scheme.

Externally, new guttering and down pipes have been installed on the north and south sides of the Hall, and the path on the north side leading from the emergency exit door has been resurfaced with tarmac and provided with drainage.

Refurbishment of the main hall began on 10th May with the replacement of the radiators and pipework. Already, wall fans to aid ventilation and cooling have been installed, as well as wall lights. The 1994 quilt embroidery has been cleaned and re-housed in a new frame, and fitted with surround LED lighting to give it prominence. The electrical circuits have been checked and tidied up along with the fitting of new and additional sockets and LED strip lights. A new sound system with Loop incorporated has been put in. Wi-fi has been introduced. The old stage has been removed and the hall, together with the corridor and cloakrooms, have been fully redecorated in two-tone blue. A new floor  has been laid in the main hall, corridor and cloakrooms and removable staging erected. Some 30 new chairs have been purchased with more on order, replacing the former brown chairs.  This hall was  completed and reopened on 6th September.

Externally, the roof over the main storage room has been replaced and the rotten windows removed and internally boarded over. A large canopy has been erected at the side entrance providing rain-proof shelter for push chairs, mobility scooters etc. and a concrete ramp constructed providing improved access to the side door. Both the side door and the front door have been replaced.

The remaining external work will involve replacing the front porch roof and walls, renewing the Hall fascia and repairing and painting the front gates . This work is expected to be completed by early November.